Who Cares How He Feels? 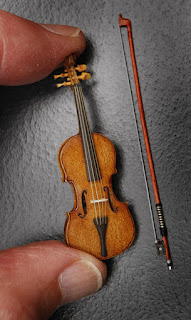 These kinds of things happen when you run over and kill "The Dancing Grannies." Suspect in Waukesha parade carnage that killed 6 says he feels ‘demonized’

No one is trying to make his actions worse than they were.

According to a criminal complaint, Brooks drove his SUV into the parade in Waukesha on Nov. 21. Witnesses said he was swerving and appeared to be intentionally trying to hit people.

In fact the mainstream media keeps going on about how an SUV crashed into the parade, as if it had been a self-driving vehicle with no one at the controls. "Nothing to see here!"

The family is offering up excuses/reasons. Mostly around mental illness. But he is clearly a danger to society, so one way or another, he needs to be locked away for society's safety.

But I really expect very little to happen to him. A Woke DA has already turned him loose. And besides, holding people accountable for their actions is a very 20th Century idea.

If WGN TV published the email address of an editor or manager, I would venting my disdain at them, but after a short look I could only find the on-air personalities.

Email ThisBlogThis!Share to TwitterShare to FacebookShare to Pinterest
Labels: Justice Not Served