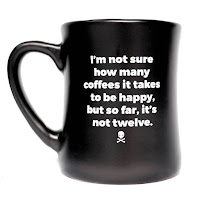 Hogewash: I’ve Been Talking About the Xiden Administration’s Overreach
Watts Up With That: Oceanic Hubris

American Power: The Problem Of Loudoun County Schools, also, America Is Built On A Great Culture. Progressives Want To Abandon It
American Thinker: Why Are COVID Cases Spiking Again?

ITEM 7: Politico reported, "The Biden administration’s effort to establish itself as a committed champion of press freedom is facing new doubts because of the Justice Department’s aggressive legal tactics against a conservative provocateur known for his hidden-camera video stings.

WTF? Doing stuff like that would get you banned at most gun ranges. LittleBinger is out of control.
EBL: So How Is The Rittenhouse Trial Going 🧑🏻‍⚖️🤔
Legal Insurrection: Live Closing Arguments Day 10

CRT-pushing, dossier-keeping, and possibly federal law breaking Jann-Michael Greenburg is out as president of the Scottsdale Unified School District.

Harvard Law professor emeritus Alan Dershowitz claimed that Kyle Rittenhouse should be acquitted in his murder trial this week, then sue media organizations for smearing him.

Crime-ravaged Seattle is now so dangerous it can no longer protect its own workers: Security guards are hired to walk county staffers to station or ferry (but you’re on your own if you work in the private sector)

FBI Probes Cyber-Attack Emails Sent From Internal Server
The FBI is now investigating an “ongoing situation” in which thousands of emails were sent by an outside party using the FBI’s own email servers.

A View from the Beach - The Election Post: Bannon to Surrender

Vlad Tepes - Collectivism: Take the shot even though you don’t want it and it may harm you cause the group matters more than you- Links 1, November 15, 2021

2. Inflation Gaslighting Has Begun
“There is no inflation” has quickly become “inflation is good for you.”

Are rare vaccine reactions being brushed off by doctors? ...
Dan Petrovic describes himself as an avid “pro-vaxxer” who has long advocated vaccines to his more hesitant friends – so it was a “comedy twist” when he was the one who suffered a rare side effect.

"From Lenin to Pol Pot to Pelosi, for the royalist Left democracy becomes the road to serfdom, not the remedy for it."
The Royalist Left

Do You Have Any Doubt That The FBI Is Fundamentally A Criminal Organization?
We Have a Plan to Deliver Equal Opportunity to Every Student in California
America Is Built on a Great Culture. Progressives Want to Abandon It

Texas lawmaker uncovers secret operation to move migrants across the US, house them in abandoned hotels.
Instagram bans all mention of James O’Keefe & Project Veritas.

I leave you with Sunday Funnies, 11-14-21 from Stately McDaniel Manor, Sunday Funnies from Flopping Aces, Tuesday gifdump from Wirecutter, and Sunday Memes … from Freedom Is Just Another Word…