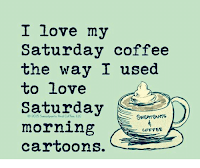 Wombat-socho at The Other McCain starts us off with In The Mailbox: 10.14.21 (Morning Edition)

BattleSwarm: The Amish Refuse Flu Manchu Foolishness, also, Southwest CEO Talking Out Of Both Sides Of His Face
Behind The Black: Today’s Blacklisted American

A federal judge in Texas issued a temporary restraining order (TRO) against United Airlines on Wednesday, blocking the airline from imposing a vaccine mandate against

TOM: Lesbian Love Triangle: NYPD Cop Murders Ex-Girlfriend’s New Lover
I am doing this only because Stacy McCain's proposed NY Post headline makes so much more sense than what the Post went with and for Rule 5. It is not much of a Rule 5...

The city of Austin needs to hire more police in order to have at least two officers per 1000 residents. George Soros doesn’t like that.

Stephen Green finds out the real reason behind the supply chain SNAFUs: California Democrats changing the rules because they weren’t getting enough kickbacks and graft from an efficiently functioning transportation system.

American Thinker: No, The U.S. Is Not On Its Knees, also, The Time Has Come To Nobly Save Or Meanly Lose
Animal Magnetism: Animal’s Daily Economic Wars News

A View from the Beach - Election 2020: Judge Find DC Jailors in Contempt over Jan. 6 Political Prisoners

Internal Memos Reveal No One Believed Ashli Babbit Was Armed, and No One Remembers Sergeant Byrd Issuing a Verbal Warning Before Killing Her, "A righteous kill though, right?" WaPoo also pissed that A soldier charged in the Capitol riot enlisted months after FBI interviews.

4. It looks like the French Parliament just voted down vaxx mandates 262 to 64. Rumour has it the 64 who voted for them are being massively doxxed all over French social media.

ITEM 2: The National Pulse reported, "Previously unseen e-mail correspondence between Anthony Fauci and his wife Christine Grady show the couple celebrating how Fauci had been 'immortalized' by an action figure, and reveal a callous reaction to vaccine-related deaths

Scott Winship rightly criticizes Democrats for using the pandemic as an excuse to institutionalize their long-term spending goals.
Maxwell Meyer tells the disturbing tale of the cancelling of Boston Pride.

August saw 4.3 million people quit their jobs, what some are calling "The Great Resignation."
More than half a million quit in the stressed (supposedly) health care sector.

Dems wonder: Why hasn't free money made us more popular?
It's All Fake: Kamala Harris Used Child Actors Who Had To Audition For Weird NASA Promo

Mark Zuckerberg spent $419M on nonprofits ahead of 2020 election to get out the Dem vote.
Facebook has a secret Blacklist of “Dangerous Individuals and Organizations.”

I leave you with Thursday gifdump from Knuckledraggin My Life Away, The geek shall inherit the earth from Bluebird of Bitterness, Thursday Memes .. from MaddMedic, and Meme Wednesday Morning from Woodsterman.