What If You Called 911 And No Cop Was Available 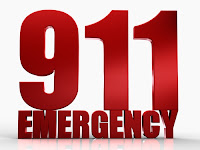 This isn't a "what if" scenario in Chicago, it is just the state of Chicago PD in 2021. Two hour response time for robbery? No cops available for a man shot on the street? Detectives pulled from cases to patrol Lollapalooza? Welcome to Chicago 2021. | CWB Chicago

Robbery. Shootings. Domestic violence. Carjackings. Click thru for the details in each case, and the time the vicitims waited. In some cases they waited hours for police to respond. In other cases the wait could be measured in days.

Welcome to Chicago 2021, where police leaders have pulled several hundred cops from local districts to form a “Community Safety Team” that’s supposed to build relationships with citizens. But the move has left local districts grossly understaffed, driving up response times when people are in their greatest need.

“It would be better to re-staff the districts so beats are patrolled and calls are answered instead of these useless [community interactions,” one frustrated CPD insider said this week. “Cops are planting flowers and cleaning alleys. People are calling 911 for help and waiting over an hour. That’s not a very positive experience for them.”

But we have to "re-imagine policing" or something, because Mayor Groot said so.

In the meantime, while Groot (AKA Lori Lightfoot) and CPD Superintendent Brown are doing whatever the hell this is, people are waiting hours for cops to deal with violent crimes.

Click thru for the sad state of affairs, including the issue at the end of the article that details how CPD deals with carjackings. Or doesn't deal with them, apparently.