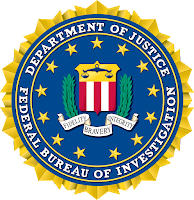 I'm shocked to read that the FBI would disregard public safety. OK, I'm not shocked at all. The FBI has been about doing whatever at least since COINTELPRO.

Officials with the Indianapolis FBI office made false statements, failed to respond for months leading to more than 100 other gymnasts being sexually abused and exhibited "extremely poor judgment" in the handling of 2015 allegations against longtime USA Gymnastics team doctor Larry Nassar, according to a stinging rebuke Wednesday from the Inspector General of the U.S. Department of Justice.

The report added Abbott violated ethics guidelines while negotiating for a job with the U.S. Olympic and Paralympic Committee during the investigation.

Public servant? Don't make me laugh. He was busy trying to get a job for after his retirement. Guess what he thought was more important: That job, or the safety of athletes exposed to Larry Nassar.

Hat tip to The Shekel, who asks, Aside From Instigating And Assisting Plots They Later Break Up - What Is The FBI Good For, Exactly?