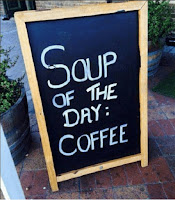 Second City Cop at what might be his new home: Chicago Contrarian - What if Chicago Cops Stop Caring?

What if Officers already have?

The Other McCain - Is Black-on-Black Crime a ‘Myth’? The Southern Poverty Law Center seems to think so.

If you believe for even one second that liberals care about women in the least, you are a sap. Women are a tool they use when they want to destroy someone with false accusations and nothing more.

Don Surber - Liz Cheney is about to crash

One more time from Don Surber - CEO takes back control

SiGraybeard - The War on Meat

Pending availability of more systematic data, we have good anecdotal reason to believe that a substantial portion of the Great Gun Buying Spree of 2020+ was new gun owners.

Juvat at Chant du Départ - Hoist by his own Petard