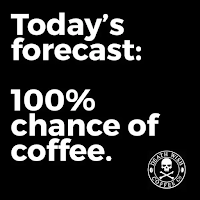 Has The Left’s Race War Started? - Bookworm Room
George Soros Is Responsible For The Waukesha Massacre ... - 90 Miles From Tyranny

A list of all 26 times Bill Clinton flew on the Lolita Expresss.
Poland’s Presidnet comes out against Flu Manchu vaccinations.
In depth meta-analysis of the use of Ivermectin to treat Flu Manchu.

EBL - Thanks to the Troops at Thanksgiving 🦃

A View from the Beach - Thanksgiving Morning Election News

A Missouri court deals a just blow to that state’s Covidocracy. (HT Todd Zywicki)
Barry Brownstein explains why each of us has a civil and moral duty to oppose tyrannical bureaucracies.

ITEM 6: Robby Starbuck reported, "A pilot at Southwest tells me the company just approved their vaccine exemption and all the exemptions from other pilots they know on the same day. Automakers also just agreed with unions to not require the jab.

NY Times: It's not hard to see why people are moving to Texas
Tucker Carlson's interview with Kyle Rittenhouse is fascinating

Sheriff of Racine WI, announces criminal charges being filed against almost every member of the election commission in that battleground state for knowingly breaking election law under the guise of COVID.

I leave you with Thursday gifdump from Wirecutter, Thursday Memes .. from MaddMedic, and A Little More Thanksgiving Humor from Woodsterman.