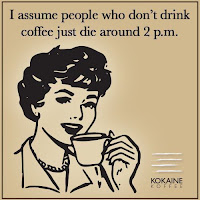 Wombat-socho at the Other McCain has been down with the flu. "At least it wasn’t Corona-chan." In The Mailbox: 11.19.21 (Morning Edition)

Vox Popoli: You Survived The Psyop, The Temptation Of Empire, and Gatekeeper U
Gab News: Why Christians Must Prepare For The Metaverse

Vlad Tepes - Sterility, Austria and the warriors of Reason: Links 1 on November 18, 2021

3. “One nurse reported EIGHT stillbirths in one day ...
4. Austria’s leader utters stern warning to the unvaxxed

Kyle Rittenhouse found not guilty on all counts. Self defense is still legal in the United States. Now let the lawsuits against everyone ... begin.

MSNBC Producer suspected of following Rittenhouse jurors, banned from courthouse
James J. Morrison was detained and released. Claimed to be working for MSNBC/NBC.

Whistleblower: The DOJ Has Begun Using Counterterrorism Tools To Track "Threats" By Parents Complaining About Schoolboards - AoSHQ
Kenosha: Media-Induced Mistrial? - The Other McCain

ITEM 10: Post Millennial reported, "The mysterious Jump Kick Man talked about during the Kyle Rittenhouse trial, the man that was labeled as the one that stomped Rittenhouse's head when he fell to the ground, has been identified as a Kenosha man

Cardiologist Who Said He ‘Won’t Cry at Funeral’ For “Selfish” Unvaccinated People Suddenly Dies in His Sleep 2 Weeks After 3rd Covid Jab
…no reports on how many people showed up at his funeral, or whether there was laughter.

"If you're politically on the Right in America, you can no longer count on equal justice under the law."
"Criminal Justice Reform" Is Leftist Code for Punishing Conservatives

Why progressives ruin cities: A conversation with Michael Shellenberger
Why conglomerates break themselves up
Whitewashing Asian-Americans

Police Officer finds suspicious pile of bricks in Kenosha back alley.
Marvel writer urges people to burn down the city of Kenosha over Rittenhouse trial verdict.

I leave you with Wednesday gifdump from Wirecutter, Thursday Memes .. from MaddMedic, and The Day of the Skipism ~ 1 from Woodsterman.