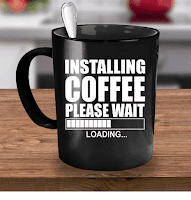 One of Colorado’s largest hospital systems has implemented a new policy that denies organ transplants to patients who have not taken the experimental Covid-19 vaccine under “almost all situations.”

A View from the Beach - Election 2020: Feds to Take on School Board "Insurrectionists"

Legal Insurrection: Democrats & Media Deploy Same Eliminationist Rhetoric Against Parents As They Did Against The TEA Party, and Garland Memo Fallout In Rhode Island.

Vlad Tepes - A proper collection of people and regulations which show the reality of the vaxx mandates: Links 2, October 8, 2021

3. German federal government agency and research institute responsible for disease control and prevention asserts Corona is no worse than flu

In case you missed it, Austin police staffing levels have fallen so low that police will no longer respond to “non-emergency” calls. “Collisions with no injury or burglaries no longer in progress or where the suspect has left, would not warrant a 911 call.

Arnold Kling sensibly predicts that our future will soon feature significant price increases.
Scott Winship looks a new evidence on the costs and benefits of expanding the child tax credit.

Biden Nominates Cold War Russia Fangirl To Regulate U.S. Banks
I’m not worried about Republicans confirming this loon. It’s not like they would confirm an eco-terrorisst as the head of the Bureau of Land Mangement, right?

New study says, viral loads similar between vaccinated and unvaccinated people.
60% of senior citizens hospitalized with COVID were ‘fully vaccinated’ according to a Medicare report.

"You aren't ready to split up America. You'd better do these things first."
So You Want A National Divorce, Huh? Are You Sure?

Covid-19 Lockdown Cost/Benefits: A Critical Assessment of the Literature
Is There Any "Science" Behind Covid Mask Mandates?

I leave you with Wednesday gifdump from Knuckledraggin My Life Away, About face from Bluebird of Bitterness, Fun Friday Morning from Woodsterman, and Thursday Memes … from MaddMedic at Freedom Is Just Another Word…