The Gun-hating Left Will Swear They Need More Gun Laws 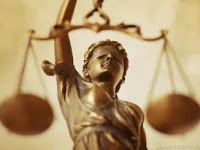 Apparently actually punishing people who break the laws they already have would be unfair. Man is charged with having his second illegal gun since June — while on bail for murder both times

Remember Vincent Davidson? We told you about him in June after prosecutors accused him of having a gun in his car while he was on bond for first-degree murder. Incredibly, Davidson got out of jail again, and prosecutors on Sunday charged him with having another gun in his car this weekend.

But somehow — exactly how is not clear in court records — Davidson was allowed out of jail again last month.

And on Saturday he was arrested again, for an open container of alcohol in his car, and what was reported as a fully automatic machine pistol in the trunk of the car.

Any bets on whether or not they let him out again? Keeping violent criminals in jail would be unfair.

And 2017? Justice delayed is Justice denied. Hold the trial.

Email ThisBlogThis!Share to TwitterShare to FacebookShare to Pinterest
Labels: Chicago, Justice Not Served