Cops Respond to 911 Call, Shoot Resident of the Home 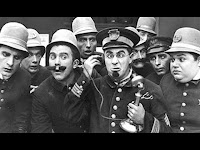 It was his fault for being armed. At least that is what the police would like to say. Man dies after being shot by police officer outside NJ home

Officials said a .45 caliber handgun was recovered near the man, who was later determined to be the resident of the house. His identity hasn’t been released. No other injuries were reported.

Shoot first, and shoot the first person you see.