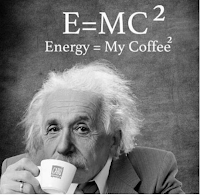 Wombat-socho at The Other McCain starts things off with In The Mailbox: 08.25.21

EBL - Emerald Robinson : How She Murdered The Weekly Standard 🚢⚓️🤣

AoSHQ: Emerald Robinson admits she killed The Weekly Standard and Morning Report 08.25.21
EBL: Jonah Goldberg has nothing but contempt for you all...

Leaked documents show the State Department warned about an imminent collapse of the Afghan government following American troop withdrawal
Did the Biden Administration pay any attention to these warnings? No.

A View from the Beach - Election 2020: Ashli Babbitt's Killer to Come Forward

Conservative Brief reports Illinois Redistricting Will Likely Cost RINO Rep. Adam Kinzinger His Seat and Politico asks How screwed is Adam Kinzinger?. I guess sucking up to Nancy Pelosi wasn't worth it after all.

Shot In The Dark: Our New New Normal, also, I Get My Back Into My Living
The Political Hat: Firing Line Friday – The Fall Of Saigon And How It Might Have Been

Biden Embraces Defeat: Brian T. Kennedy
Only 5% Of People Evacuated From Afghanistan By US Are Americans: Jordan Davidson

"America's military leaders have become a liability."
The U.S. Military is Losing Support, Losing Wars and Failing in its Most Basic Mission

New York Times weirdly omits the ‘why’ of why Jews would want to pray at Temple Mount
Where will Afghanistan’s refugees go?
Undoing the Enlightenment

Democrats subpoena private communications of Trump family and top Trump supporters.
Tucker Carlson points out Lindsey Graham is just a rubber stamp for all of Biden’s judges. Such a remarkably spineless specimen.

I leave you with Wednesday gifdump from Knuckledraggin My Life Away, Cartoon Round Up.... from Theo Spark, and Pictures, if You Know What I Meme from MaddMedic.