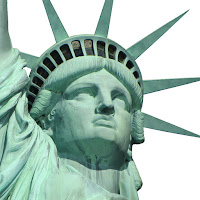 The numbers paint a different picture, and then there are stories like this. Shocking moment woman shoots dead victim at point blank range on streets of Brooklyn. Which seem to show civilzation is breaking down in NYC.

Family members of a Brooklyn mother who was seen in a shocking surveillance video this week being casually assassinated on a Brooklyn street say the cold-blooded execution took place shortly after both the victim and her killer attended the same funeral in the neighborhood.

The whole thing was caught on survellience video.

Delia Johnson, 42, was talking to a group of people on the corner of Franklin Avenue and Prospect Place in Crown Heights at around 9.40pm on Wednesday when a blonde woman dressed in all black ambled up to her from behind and shot her from a point-blank range in the back of the head.

She was pronounced dead at a hospital.

This was going on while de Blasio was declaring "sucess" in his Safe Summer program.

The numbers tell a different story. (Don't clutter the issue with Facts!) Though a lot of cities look good when they compare themselves to the summer of the Floyd Riots.

But the message will be that crime is down.

Hat tip to The Other McCain. Execution-Style Murder in Brooklyn.