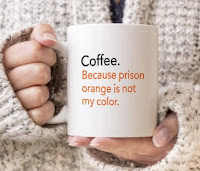 Schweizer: We Confirmed Joe Biden Benefited from Hunter Biden's Deals
In A Healthy Country, The Bidens Would Be Seen As The Picture Of Elite Corruption

ITEM 13: The Truth About Guns reported, "According to this Washington Post article, the percentage of Americans who own guns has jumped from 32% to 39% in the past year. That’s due to huge waves of new, first-time gun owners

3. Here is a fun one. The MSM did everything it could to hide yet another Islamic terror story in the US out of the news, and twist it into a white supremacist, anti-government narrative, when in fact it is black muslims called, “Rise of the Moors”.

RedState points out the Capitol Police, which are trying to open offices across the country, are a Police Force under the direct control of Nancy Pelosi through Congress.

Landlord faces abuse from tenants who owe her $23,000 in back rent
The Taliban is assassinating Afghan pilots

I leave you with The sh*t I post on Facebook from Knuckledraggin My Life Away, Sunday Funnies, 07-11-21 from Stately McDaniel Manor, Sunday Funnies from Flopping Aces, The Week in Pictures: Legos and Logos Edition from Power Line, and Sunday Memes … from Freedom Is Just Another Word…