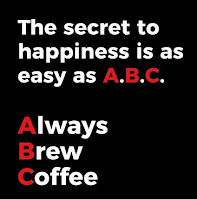 Cafe Hayek: My Tribute To The Late, Great Walter Williams
CDR Salamander: Tomorrowland Is Going To Get Us Killed

COVID shutdowns championed by U.S. governors and D.C. bureaucrats are responsible for destroying nearly 40% of small businesses since the virus was unleashed on the world.

I spoke too soon praising Manchin last week. All the Dems had to do is stick an Epi Pen in Manchin's tush and he was done. Then again, Manchin is just in it for the grift 🤑💰, Mitt Romney would have liked the pen. 😬

Our venal ruling class: “President Biden and first lady Jill Biden kicked out the British media — to get the pub garden table they wanted.”
Hunter Biden is selling his “artwork” for up to half a million dollars to anonymous buyers.

First Street Journal: It Only Took One Line To Reveal The Reporter’s Ignorance & Bias
The Geller Report: New Study Shows President Trump Was Right About HCQ All Along

Lawsuit: U of Oklahoma Volleyball Player Shut Out of Program Due to Rejection of ‘Social Justice’
A former University of Oklahoma volleyball player is filing suit

Victory Girls: Could Red Chinese Defector Have A COVID Smoking Gun?
Volokh Conspiracy: We Don’t Have A 6-3 Conservative Court, We Have A 3-3-3 Court
Weasel Zippers: “How Do I Have Two Medical Degrees If I’m Sitting Here Oppressed?”

ITEM 9: Big League Politics reported, "Texas Congressman Chip Roy is putting himself on the map by introducing a bill that would ban members of the Chinese Communist Party from purchasing land in the US."

4. Wuhan Lab promotional video with English titles: Bats in the belfry, bats in the lab.
(As Stephen Coughlin explained in one of his videos about the Muslim Brotherhood and predicting the future, its important to watch and read enemy propaganda

"His definition of domestic terrorist perfectly describes both of these leftist groups."
Biden Accidentally IDs Antifa and BLM as Domestic Terrorists

I leave you with Since I can't do much else... from Irons in the Fire (Firehand is recovering from an injury or 2), Wednesday gifdump from Knuckledraggin My Life Away, Cartoon Round Up.... from Theo Spark, and Thursday Memes … from Freedom Is Just Another Word…