"Just Give Them What They Want" Will NOT Keep You Safe 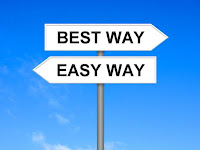 The Left loves to say that you don't need to defend yourself. "Just give them what they want," they say. They assume that will keep you safe. (Rape? They don't want to discuss rape!) Man Shot In Head During Robbery In Tinley Park: Police

The man told police he was returning home just after 4 a.m. when another man wearing dark clothing and a black face covering approached him, demanding money. After what police called "a short scuffle," the man gave the robber money.

So after he got what he wanted, the cash, he still shot the guy.

Luckily the wound was minor, and he was treated and released. It could have been serious or deadly.

Tinely Park is in the the south or southwest suburbs of Chicago, probably about half an hour or 45 minutes from downtown, depending on the time of day. (Rush hour? Forget it.)

Cooperating with violent criminals will not stop them from being violent criminals. It is a strategy for dealing with a violent encounter. To my way of thinking, it is a fairly poor strategy. It is certainly not the guarantee that the gun-hating Left likes to make it out to be. And someday I will find a Leftist who wants to talk about cooperating with rapists, but today is probably not that day.

Of course being armed in your own defense is also no guarantee. It is a strategy. One that works for some people and not for others. There are, however, no guarantees in this life.

Nothing in this world is absolutely certain but death and next winter’s snow
— Marion Zimmer-Bradley. The Saga of the Renunciates (Darkover Saga)

Email ThisBlogThis!Share to TwitterShare to FacebookShare to Pinterest
Labels: Cooperate with Criminals, Illinois