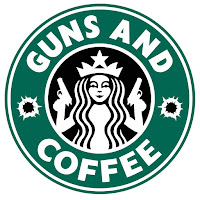 Flopping Aces starts with a topic I have been writing about. A police state is forming right before your eyes

Samizdata - “Classics Won’t Be the Same Without Latin or Greek”

[They want] a new Constitution that gets rid of pesky things like inalienable rights, anti-majoritarian protections, and the sovereignty of states and grants centralized power, near unlimited majority rule, and near dictatorial power during a “state of emergency”.

Ask yourself, dear reader, how many people do you know that have committed suicide?

Chicks on the Right - The Silent Majority Needs To Speak Up

The third “Big Lie” is that the US economy is “recovering” from the Covid-19 disruptions. The US economy has been a Potemkin village since 2008, held together with the baling wire and duct tape of Federal Reserve money games

Juvat at Chant du Départ - Cowboys and Indians Juvat a report on life in the Old West.

Again from Flopping Aces - Rep. Byron Donalds: ‘As a Black Man in America, I’m Allowed to Have My Own Thoughts.’ CNN’s Brianna Keilar: No you’re not

And again from Pirate's Cove - Surprise: Mayors Suddenly Noticing The Spike In Crime As COVID Wanes

The Last Tradition - Turn off the music! How progressive policies literally prevent neighbors from sleeping

Wombat-socho at The Other McCain - FMJRA 2.0: Working Bars & Sideshows, Along The Twilight Zone

A rare week in which crazy people outdraw the cutie.

Don Surber - World hates Trump, if you exclude 92% of the world

And again from The Other McCain - ‘Biphobia’ and Other Updates

Why do you think it is that, in recent decades, the number of young women identifying as “bisexual” as increased so much, while the percentage of young men professing bisexuality has scarcely changed at all?