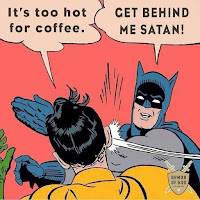 OldAFSarge and Juvat at Chant du Départ had a story each on Memorial Day. First, OldAFSarge - Remember. Second, Juvat - The "List". The AF in OldAFSarge stands for "Air Force" not "As F-" in case you were confused.

Pirate's Cove is up next with bit of Climate insanity. Hotcoldwetdry Idea: Replace Airplanes With Airships

Chicks on the Right - Released Fauci Emails Reveal All From masks to Hydroxychloriquine and Alvesco, he covered it all.

“What doesn’t kill you makes you stronger, except for bears, they just kill you.”

Again from The Other McCain - If You’re Worried About That Creepy Old Guy, It’s WHITE SUPREMACY!

Adaptive Curmudgeon - Living In The Future: It’s Not All Bullshit And Stupidity AC is still on walkabout, writing mostly via pen and paper, but he has an update.

Chicks on the Right - Opinion: The Problem With Schools Grooming And Hyper-Sexualizing Our Children

Diogenes' Middle Finger - A Perfect Metaphor for What's Happened to Journalism Over the Past Few Decades. The Newseum.

It was the Gilded Monument to Journalistic Vanity.

Kent's "Hooligan Libertarian" Blog - Solutions are not on the agenda

Again from The Other McCain - Creepy Joe Gets Even Creepier

It’s a pity that Vladimir Nabokov isn’t alive to write an op-ed column about our nation’s Creep-in-Chief.

My prediction: BBC will highlight the vastly smaller anti-Israel protest elsewhere in London rather than this anti-lockdown protest (assuming they even report it at all).

Small Dead Animals - Critics of the Communist Party of China are now racists Canada is in Deep Yogurt.

Patriot Retort - The Ice Cream Deflection The media staying on top of the Big Strories. Like what flavor Ice Cream Biden ordered.

Lone Star Parson - And Now You're Dead Tales from the COVID vaccine front.