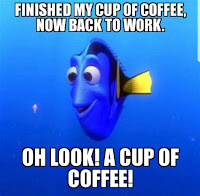 The Other McCain: ‘Equality’ and the Criminal
Bustednuckles: Way To Go Jake!
Woodsterman: Happy Funday Y’all

Outkick: Clay Travis & Candace Owens On How Leftists Are Ruining Sports, also, Kyrie Irving May Be Crazy, But He’s Right About The N-Word
Power Line: Identity Politics Is Destroying America

ITEM 4: The Smoking Gun reported, "Thanks to the ballooning value of Bitcoin, the U.S. government could liquidate more than $4 billion in cryptocurrency confiscated from a hacker whose identity--despite an array of felonious conduct--is mysteriously being shielded by federal prosecutors.

High-Speed Rail Advocates Should Pay Attention to California’s Costly Disaster
Transportation Secretary Pete Buttigieg says we should be “dreaming big.” But the Golden State’s vaunted high-speed rail project is turning out to be a train to nowhere.

A View from the Beach - Election 2020: How to Deal With Corporate Interference?

Ace, Walmart Corporate Liaison to Arkansas Asa Hutchinson: Conservatives Shouldn't Ask Republican Politicians to Change the Law. Huh? Isn't that what legislators are for, to change the law?

"A panicked City Council responded instantly to the principled idea that the officer who fired the gun should receive due process." Due Process is No More in Brooklyn Center, MN

I leave you with Sunday Funnies, 04-11-21 from Stately McDaniel Manor, Tuesday gifdump from Knuckledraggin My Life Away, More of Them Pesky Libturds ~ 1 from Woodsterman, and Tuesday Memes … from Freedom Is Just Another Word…