The Left versus Due Process 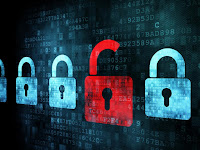 I have been thinking about this since I started to see these stories a few days back... How DARE they question the narrative! Left loses it when data breach reveals police, other officials donated to Rittenhouse self-defense effort.

When it comes to Kyle Rittenhouse, who stands accused of murdering two protesters in Kenosha, Wisc., last year, the left has all but declared him guilty and act as if the now 18-year-old who claimed he fired in self-defense is not entitled to a defense and that it’s an affront to offer support to Rittenhouse.

The Guardian based its report, which garnered worldwide attention, on information it said it received from a group known for leaking documents, Distributed Denial of Secrets. The leakers reportedly got information on the donors following a data breach at GiveSendGo, which brands itself as a Christian crowdfunding site that Proud Boys and other far-right groups flocked to when banned from Facebook, GoFundMe and other more mainstream platforms.

And the casual support of censoring and deplatforming is telling as well. But all of this is wrongthink.

Email ThisBlogThis!Share to TwitterShare to FacebookShare to Pinterest
Labels: Insanity of the Left, Politics