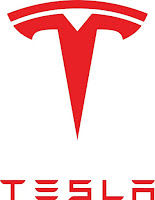 Investigators say no one was driving. Elon Musk claims autopilot was not used in fiery Tesla crash that killed 2 people in The Woodlands - ABC13 Houston

The National Highway Traffic Safety Administration said Monday it has sent a Special Crash Investigation team to The Woodlands to look into the Saturday night crash of the electric car.

Investigators are "100% sure" that no one was driving the 2019 Tesla Model S that ran off a suburban parkway, hit a tree and burst into flames, killing two men inside, Harris County Precinct 4 Constable Mark Herman said.

But they're still trying to determine whether the electric car was operating on Tesla's Autopilot driver-assist system, or if the company's "Full Self-Driving Capability" system was in use.

It took 30,000 gallons of water to extinguish the fire.

Hat tip to Watts Up With That? In which it is noted...

The lithium in Tesla batteries creates a fire which is far more dangerous than a gasoline fire, and almost impossible to extinguish. Think twice before you park a Tesla in your home garage – if the battery ignites, and firefighters cannot extinguish the blaze, you could lose the house.

Even if your house structure survives the fire, acute exposure to the smoke and lithium contamination of the house and surrounds could be an issue – lithium poisoning can cause long term dementia like neurological problems (pyramidal cell dysfunction), along with problems with speech and muscle weakness.

Lets just say if I see a big Lithium fire, I’m not planning to hang around and breath in the smoke.