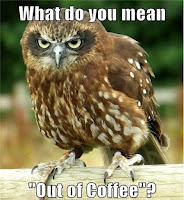 Wombat-socho at The Other McCain starts things off with In The Mailbox: 04.15.21

The Political Hat: War On The Burbs
This Ain’t Hell: The Return Of FC1 Howard Hodges, also, More On LT Caron Nazario

US Supreme Court: Gun Licensing Fees Are Unconstitutional - IOTWreport
“Blood and revenge are hammering in my head.”Long Read: The Curse of Aaron- American Digest

Montana Gov. Greg Gianforte has issued an executive order banning the development or use of vaccine passports in Montana. Vaccine passports are documents that could be used to verify COVID-19 immunization status and allow inoculated people to more freely travel, shop and dine.

Cafe Hayek: Private Entities Should Be Free To Choose
CDR Salamander: 20 Years, 20 Months, Or 20 Weeks?
Da Tech Guy: It Has Begun In NH

Instapundit: The Ultimate Florida Woman, The Florida Covid-19 Whistleblower Saga is a big lie, It's just not true, Jones turns herself in on another charge, I have questions..., and Florida Woman

ITEM 5: USA Today reported, "The U.S. Capitol Police officer who fatally shot veteran Ashli Babbitt during the Jan. 6 riot at the Capitol will not face charges after an investigation into the incident, the Justice Department said Wednesday.

Never mind that “sainted” Supreme Court Justice Ruth Bader Ginsburg opposed court packing, or that Biden himself denounced the idea back in the Bush43 days:

A View from the Beach - Election 2020: DOJ Lets Ashli Babbitt's Killer Off the Hook

"Christopher Wray refused to disclose whether Antifa has the capability to organize, receive funding, and coordinate attacks during the World Wide Threats Hearing on Thursday." FBI Director Wray Refuses to Disclose if Antifa Has Organized Finances to Launch Coordinated Attacks

Why cheese is racist
“Consensus” Becomes a Scary Word
COVID: We're in a 'Perpetual Pandemic' With No End in Sight

Doug Ross - Larwyn’s Linx: Congress Doesn’t Know Where Illegal Aliens Are Being Shipped Throughout U.S. (But The Cartels Do)

I leave you with Cartoon Round Up.... from Theo Spark, Thursday gifdump from Knuckledraggin My Life Away, Turdsday Libturds ~ Afternoon Edition from Woodsterman, and Friday Memes … from Freedom Is Just Another Word…