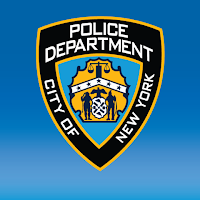 But, but, but... Defund the police! Antifa will be very disappointed. Prominent NYC labor leaders call for more subway cops

In a letter to Mayor de Blasio issued Sunday, reps for hundreds of thousands of workers who rely on public transit to get to the kind of jobs that kept the city running through the pandemic — including grocery store employees, retail workers, city employees, and, of course, transit workers — called for an increased police presence in the transit system “at least in the short term.”

So the people who actually do work in the city, not just those who show up to burn shit during "protests," want more police, and order and safety. Antifa/BLM/whomever will be screaching in 3, 2,...

Subway crime rates dropped in March compared to the previous month, according to newly-released NYPD stats — but remain far higher than where they stood pre-pandemic.

I wondered how bad things would have to get before people started pushing back on the "Defund the police" insanity, I expected it to get much worse before they would risk being called racists or whatever. Not that the politicans will do anything right now. Antifa still has CNN/MSNBC/EIEIO in its pocket doing PR.