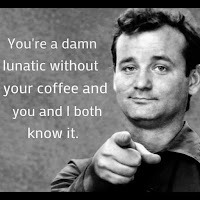 The Lid starts us off with a bit of truth about BLM's goals - Marxist BLM Co-Founder: ‘We Have To Move Towards Abolition’ Of Criminal Justice System

How do you know when racist, soulless droids have no rational argument against you? They send the Twitter Thought Mob out after you.

Bayou Renaissance Man - Inflation: Read the signs all around you, or risk being overwhelmed

We Are The Mighty - 6 military developments from WW1 that made warfare more deadly I know, it's a history lesson. You might learn something. (It will only hurt for a minute!)

If you doubt that the ideology of the liberal establishment is antihuman, read the recent piece at Vogue titled “Is Having a Baby in 2021 Pure Environmental Vandalism?”

Le-gal In-sur-rec-tion - Alternate Juror in Derek Chauvin Trial: “I did not want to go through rioting and destruction again”

“… and I was concerned about people coming to my house if they were not happy with the verdict,” Lisa Christensen said of her “mixed feelings” when filling out the juror questionnaire.

Granite Grok - Taxes Pay For Civilization? No, Bruce, They Don’t!

According to the Democrat Representatives, the FCC must block this change in ownership to prevent what they view as a progressive broadcast station from beginning to air conservative viewpoints to Miami’s Hispanic community.

Ace of Spades HQ - James Carville: "Wokeness is a Problem and We All Know It"

The Other McCain - Andrew Brown Was a Career Criminal

Wombat-socho at The Other McCain - The Spring Break Book Post

Before I pitch into the book reviews, a couple of links of interest to folks interested in SF and/or popular culture.

We too are letting the mob into our lives, into big business, and into our culture. It's not the mafia, but mob mentality.

SiGraybeard - NASA's Getting What It Wanted - Independent, Reliable Access to Space

Again from The Other McCain - Media: The Enemy of the People

Even if someone is charging at you with a knife, cops can’t shoot them — that’s the madhouse toward which the media seek to lead us.

The Feral Irishman - Make no mistake about it, our "OVERLORDS" would use any assets in their arsenal to force their will upon us.