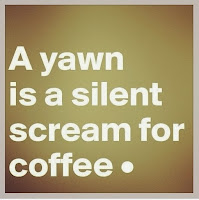 A slightly abbreviated Friday Links this week. (Have I mentioned that every once in a while, Real Life sucks?)

The Rio Norte Line - America Has Crossed a New Line

Say Anything - It’s About Politics, Not Academic Freedom

The Other McCain - Nothing Can Placate the BLM Riot Mob, and ‘Journalists’ Are Part of the Mob

Never mind the facts, however. CNN is too busy inciting more riots, because that’s good for their ratings or whatever: “Journalism.”

Bayou Renaissance Man - Is the US military being deliberately undermined and subverted?

Sundance argues that the armed forces are being deliberately subverted into an instrument to enforce politically correct views against states and regions that don't subscribe to them.

Epstein really hung himself, the power grid is stable, adults are in charge, there is no inflation, and the press never lies. It would be best if these things were true, so we say they are.

I’ve been without my truck for three weeks.
Three. Weeks.

Again from The Other McCain - BLM = Buy Large Mansion

Now we have conclusive proof that this alleged “social justice” movement was really a scam by which the organizers enriched themselves at the expense of their donors.

And again from The Other McCain - Lawfare: Do We Need to Have ‘Everybody Blog About Rebekah Jones Day’?

The Feral Irishman - BLM (the hypocrisy, will it ever end?): Eight homicides in six days (as of Friday afternoon)/UPDATED: It is now nine in the first ten days of April!