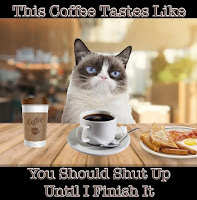 Bacon Time!!!! starts us off with Sunday Linkage

So was it an Illuminati initiation or another exercise machine malfunction?
Instapundit: Shades of Harry Reid

Gab Hacked; Group Promises ‘Gold Mine’ of Info on ‘Militias, Neo-Nazis, QAnon’
The free speech alternative to Twitter, Gab has been hacked

A View from the Beach - Election 2020: Trump Confirms He Asked for 10 K Nation Guard Troops for Jan. 6

J.M Waller at Da Fed, No, Sen. Ron Johnson Didn’t Promote A ‘Conspiracy Theory’ About The Capitol Riot "Sen. Ron Johnson was one of the first senators to suspect the riot had been planned.

They Did It. Illinois Eliminates Cash Bail.
It looked like there might be more resistance in the Illinois state legislature, particularly since similar measures had failed to pass on five different occasions.

Denmark becomes the first European nation to tell Syrian refugees they must return home, saying the country is now safe
(The Rasmus effect? He must have done way better in the election than was reported)

COVID: America is getting closer to normalcy — it’s absurd to paint it any other way
China Buys Western Academics

I leave you with Sunday Funnies, 02-28-21 from Stately McDaniel Manor, Fucking Mondays gifdump from Knuckledraggin My Life Away, Tuesday Memes … from Freedom Is Just Another Word… and Cartoon Round Up.... from Theo Spark.