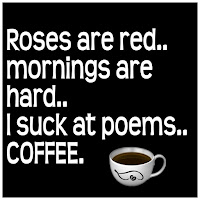 The Other McCain - The Media’s Squirrel Patrol
Bustednuckles - God Forbid, Right?
Woodsterman - It Must Be Funday Again

Dispatches from the Camp of the Saints: Happy 105th and Mark Steyn: Welcome to the Jungle Part 666

Freedom Is Just Another Word... - Biden….Confused..Puppet …

By everything apparently..
In case you missed it, Joe “Captain Demento” Biden threw his spokesperson under the bus.

Did Andrew Cuomo violate federal criminal law?
Melissa DeRosa, an aide to Governor Andrew Cuomo, has admitted that, in an attempt to cover up evidence that might put Cuomo’s administration...

A View from the Beach - Catching Up on Russiagate

John Sexton at Hot Air reports Ghislaine Maxwell Confirmed The Existence Of Tapes Of Trump And Clinton, but not what's on them. It seems clear that Epstein was running a black mail/protection racket. And Ghislaine didn't kill herself. Yet.

75% of US Troops Refused Taking COVID-19 Vaccine Says Pentagon Report
According to a Pentagon report almost 75% of US troops refused taking the COVID-19 vaccine. Addressing the allegation of a cover-up

4. Brooklyn lawyers who were facing life behind bars for ‘throwing a Molotov cocktail into an NYPD car during a George Floyd protest’ are quietly offered a plea deal

Columbia professor: I do heroin regularly for ‘work-life balance’
The Boundless Arrogance of Bill Gates

Doug Ross - Larwyn’s Linx: A Word About The Biden Return To ‘Normalcy’

Victor Davis Hanson: "Nothing is more dangerous than stronger powers, even inadvertently, sending signals that are interpreted as weakness by weaker powers."
Is the Biden Junta Stumbling Into War?

I leave you with F*cking Mondays gifdump from Knuckledraggin My Life Away, Sunday Funnies 02-21-21 from Stately McDaniel Manor, Cartoon Round Up.... from Theo Spark, and Tired Of Biden Libturd Blues ~ Morning Edition from Woodsterman.