The End of Daft Punk 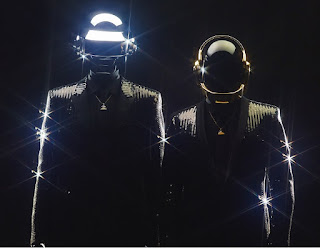 Daft Punk came along during a time when I wasn't listening, much, to House Music. My clubbing days were coming to an end, and while I listened to some stuff that I owned, such as Yello, I wasn't looking for new House Music. Not that I haven't heard of them. Their stage personas are legendary. But for whatever reason, I just never followed them or their music.

They would still show up from time to time, with a hit single, or with the Tron: Legacy soundtrack album.

They called it quits after 28 years. Daft Punk Break Up.

Thomas Bangalter and Guy-Manuel de Homem-Christo formed Daft Punk in Paris in 1993, helping to define the French touch style of house music. Their debut album, 1997’s Homework, was a dance music landmark, featuring classic singles “Around the World” and “Da Funk.” By the release of its follow-up, Discovery, in 2001, the duo had taken to making public appearances in the robot outfits that became their trademark.

For anyone interested , there is a short, 8-minute film, “Epilogue,” excerpted from their 2006 film Electroma via which then announced the breakup.