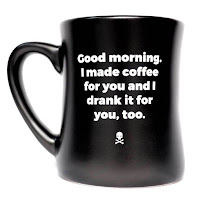 Wendy McElroy - News and commentary round up

From Counterpunch: What Assange’s Victory Really Means. From Gray Zone: UN torture expert on Julian Assange’s persecution and the lies behind it.

American Power: America’s Reichstag Fire
American Thinker: Why The Right Will Neither Forgive Nor Forget, also, Our Leaders Have Betrayed Us

A View from the Beach - Election 2020: The Meaningless Impeachment

And to prove that humor is not dead in politics, Journalists falsely accuse Louie Gohmert of calling for more 'uprisings' after he quotes Pelosi (Fox). " 'I just don't even know why there aren't more- why there aren't uprisings all over the country and maybe there will be,'"

BIG TECH PURGE: Facebook permanently bans Conservative #WalkAway group because it supported Trump
This is one of the less noticed stories among the recent purge

“10 Times Democrats Urged Violence Against Trump And His Supporters.”
“MIT Professor Who Received $19M in Federal Grants Arrested for Concealing Ties to China.”

I leave you with The Skipism and It's About Time ~ 2, and Thursday Memes .. from Freedom Is Just Another Word... and The sh*t I post on Facebook and Wednesday gifdump both from Knuckledraggin My Life Away, and Cartoon Round Up.... from Theo Spark.