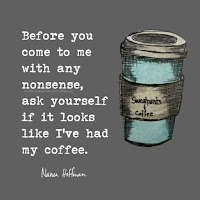 Bookwork Room starts us off with Every nation should learn Australia’s lessons. Lessons about abandoning basic manufacturing.

What happens when a country divests itself of anything that can assure its self-sufficiency? Australia provides an answer.

The Intrepid Reporter - The Beatings Will Continue

Tactical Shit - Where’s All the Damn Ammo? Federal Premium’s President Has Some Answers

OldAFSarge at Chant du Départ has Tanks! Taking a Personal Day A photo and some videos about the Panzerkampfwagen V, or Panther. You're welcome. (The AF stands for Air Force, not As F-)

Independent Women’s Forum - Now He Tells Us: “Nothing We Can Do to Change the Trajectory” of COVID, says President Biden I thought he had a plan. He said he had a plan. Did he lie to everyone?

Clayton Cramer - Lithium Mining And the conflict it causes among the "greenies."

Smitty at The Other McCain - Booted! Eighty-sixed from Mastodon. (It's a Social Media site.)

Legal Insurrection - Reuters: CDC’s early COVID response “marred by . . . career scientists and frontline staff” Where would we be without "experts." In this case, they didn't have the needed expertise.

[The rioters] believe that they can threaten to hurt, hurt, and possibly kill other people, but the people being attacked should and will cower and take it.

Real Climate Science - The Military Industrial Complex Is Back War is back on the menu.

Marathon Pundit - On Biden's first day in office CNN takes COVID death ticker off screen And just like that, COVID went away.

Stuart Schneiderman - The End of Girls' and Women's Sports

Bayou Renaissance Man - Heh This made me laugh out loud, which I really needed this week.

Again from Smitty at The Other McCain - The Sanhedrin

We knew there was a Deep State, but the Sanhedrin atop that Deep State had been on the down-low.