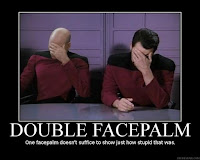 And that is saying something. Ohio mayor calls fatal police shooting of Black man a 'stunning disregard for life' after release of body camera footage

The 47-year-old unarmed Black man killed by a Columbus officer early Tuesday lay on the ground for several minutes without anyone rendering aid or medical assistance — a violation of police policy and procedure — body camera footage of the deadly encounter released Wednesday shows.

Andre Maurice Hill was a guest of the homeowner and had not committed a crime when two officers approached the garage he was standing in around 1:30 a.m.

For no reason they walk up on a black man and shoot him, and then do not offer any first aid, while he bleeds to death.

They didn't activate their body cams, because why follow the rules? Rules are for Little People, not Cops.

If they were "in fear for their lives," then maybe they are in the wrong profession.