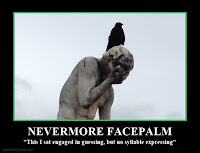 Doing anything but enabling addiction is not nice. And Californians want to be nice. Even if that means that people die. Drug overdoses in S.F. kill 58 people in November as fentanyl-fueled crisis breaks records - SFChronicle

Through the end of November, 621 people have died from overdoses this year in San Francisco. That compares to 441 people during all of last year. It also compares with 173 people who have died of COVID-19 this year. Yet based on those kinds of numbers we are destroying our country over COVID and ignoring the fentanyl/heroin/whatever problem. Because to treat the addicts like criminals and lock them up, or to lock them up and see to their mental health, well neither of those options is nice. So we leave them to be addicted, homeless, violent, victims of violence, etc. A certain number of them will die, and we seem to have the Ebeneezer Scrooge attitude. They should reduce the surplus population.

That is compassion in the 21st Century. At least that is how it is defined in our liberal cities.

Hat tip to that goes to Second City Cop: You Are Being Played.

But if it's only dead junkies, there is no real political purpose in panicking the citizenry, closing restaurants, gyms, wrecking the economy and scaring people to think mail-in voting is "secure."

There are a two documentaries that are worth bringing to your attention.

The first is KOMO News documentary: A Tale of 3 Cities is a documentary that reviews Los Angeles, San Francisco and Seattle. It talks about the reemergence of diseases in LA that were a problem in the dark ages. But maybe that is where we are, at the start of the next dark age.

The Fight for the Soul of Seattle | A KOMO News Documentary is the latest documentary KOMO produced. It is pretty much a sequel to Seattle Is Dying. Well, there are a few in the intervening months I haven't seen.

The documentary that started it all, nearly 2 years ago is Seattle is Dying | A KOMO News Documentary. Even though it is old, I can still recommend it. And it isn't all a tale of woe. It does offer at least one tested solution.