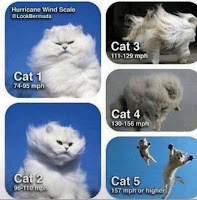 We start today with It Ain't Holy Water, where Chief Nose Wetter has video: Mike's Weather Page From John's Pass Florida. I have had drinks in that bar on more than one occasion. (The restaurant upstairs has a great lunch, and often a nice view of the water.)

A Pennsylvania judge ruled in favor of the Trump campaign Thursday.

Bear Bussjager - Axios ChinCOVID: They Are So Full of Shit. Lies, Damn Lies, and Statistics of COVID-19.

SiGraybeard - Most People Don't Think Like This The Math of COVID-19.

It is highly interesting that she’s fine with calling 911 over something so minor because she feels unsafe, but...

OldAFSarge at Chant du Départ - In Flanders Fields. A Veteran's Day Post from a veteran. (The AF in OldAFSarge stands for Air Force, not As F-)

90 Miles from Tyranny - VOTE FRAUD Proven: time series analysis proves synthetic times series data. By looking at the times series logs of the ballot counting process for the entire country, we can very easily spot fraud. Math is hard, but worth it.

The Other McCain - ‘Chris, We Haven’t Called Texas Yet’

These errors were so large that they could not be explained as mere incompetence; they were part of a political psyops campaign.

Again from Gun Curious - Liberals Own Guns, Too!

Texas and (for a random example) New Jersey are not parts of the same country, and they haven't been in ages. Only the desperate feral government (along with some constitutionalists, I suppose) imagines otherwise.

Captain Capitalism - You Can Now Officially Major in "Nothing" And yes I know it is a week old.

Benford’s Law is a principle of statistics relating to the frequency with which various digits occur in random samples. It has been used in accounting as a means of detecting fraudulent bookkeeping, because people will enter fake numbers in a non-random pattern. Benford’s Law has also been used to detect vote fraud