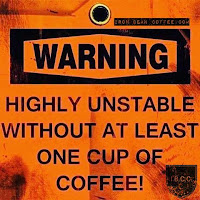 Wombat-socho at The Other McCain starts things rolling with In The Mailbox: 09.08.21

Da Tech Guy: The History Of Old & Feeble Men As Head Of State Is A Tragic One, Hostile Environment + Politicized Classes = Bye Bye College, and The Real Excommunication Question

EBL - Victory Boyd: Star Spangled Banner 😢🇺🇸💉☣️ (and why the NFL is dead to me)

Capt. Ed at Hot Hair ponders Today's media puzzler: When *isn't* it racist for a protester in gorilla mask to throw eggs at black candidate? From PM, WATCH as Candace Owens slams media for not covering 'racist' attack on Larry Elder by white woman in gorilla mask.

Are you a completely innocent person who has committed no crime? To bad, because the Los Angeles police are going to collect your social media information.

American Power: A Generation Of American Men Give Up On College, also, An Interview With Maj. Dick Winters
American Thinker: It’s The Story Of The Century, But The Media Yawn

Video: Rand Paul Calls for “Five Years in Jail” For Fauci Lying to Congress
Appearing on Hannity Wednesday night, Senator Rand Paul responded to the emergence of yet more proof that Anthony Fauci lied to Congress


Australia has now resorted to monitoring alcohol consumption in areas under strict lockdown.

America's Failing Schools. If our children are our future, we’re fucked.
Professor Peter Boghossian Resigns From ‘Social Justice Factory’ Portland State University. Students at Portland State are not being taught to think.

Jonathan Turley asks how the media can expect to be a profitable, or even self sustaining business, as it alienates half the population with blatantly partisan propagandizing. The truth is few, if any of these outlets were ever profitable to begin with

I leave you with Wednesday gifdump from Knuckledraggin My Life Away, Friday Is For Fun ~ 2 from Woodsterman, and Friday Memes .. from Freedom Is Just Another Word…