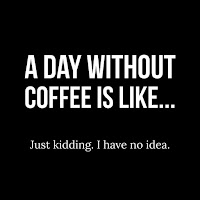 SiGraybeard starts us off with ATF NPRM on Redefining Everything - Comments Close 19th. The ATF doesn't like the current definition of firearms. It doesn't give them all the power they want; leaves to much Freedom loose on the ground. You can still comment (I think).

Roberta X - It Was Never Going To End Well A list of some of the people who have invaded Afghanistan.

Alexander the Great (had I left him out?) marched through, charmed and/or intimidated the locals, and left a ruler in place whose successors eventually swapped the bothersome border province to an emerging Indian empire for vows of chumship and a player to be named later, and that's about the best exit anybody ever managed

Don Surber - Media shocked that a desert is dry

The Other McCain - Where Is Biden?

19th Ward Chicago - This is the biggest U.S. military blunder of all time!

HeyJackass! - Mostly Peaceful Weekend Last weekend in Chicago. 10 killed and 52 wounded isn't enough to justify its own post. Chicago used to be a great city, now it's a 3rd world sh*thole.

Adaptive Curmudgeon - I Have Seen This Movie Before

We haven’t had widespread intelligent adultlike behavior for a long time. Granted, 2020 was madness, but I was already exhausted living through a three year shitstorm that kicked in when Hildabeast didn’t win in 2016. Three years of barking moonbats in rut isn’t a good baseline of reasoned discourse from which to start.

Again from The Other McCain - Afghanistan and Chicago

The media and Antifa are on the same side, and thus it behooves the media to obscure the fact that their allies caused the violence.

Again from SiGraybeard - The New IPCC Report Is Out

I don't mean to be trite but one of the most downloaded papers in history says most published papers are wrong.

Be suspicious of any and every attempt to call together "Patriots" or "Trump supporters" or anyone else opposed to the current powers that be. It's highly likely to be used against those groups and any and all of their members.

And Again from Chicago Contrarian - Yes, Chicago, Kim Foxx is Lax on Crime