The Self-appointed Guardians of Conservatism, Inc. 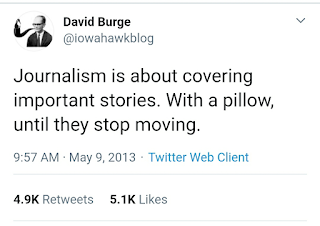 The Never-Trump branch of Republicans are now attacking all things conservative. Because you should listen to them, Rube. Whither the ‘Ahoy’ Coalition?

They are the Neo-conservative answer to the Democrats, "Shut up and do what we tell you to do."

Kurt Schlichter popularized, if he did not invent, the use of “ahoy” as a jab to make fun of the “cruise-ship conservatives” (e.g., the staff of the defunct Weekly Standard) whose #NeverTrump politics led them sailing off into irrelevant oblivion.

They didn't like Trump. When he won the nomination they doubled down for Hilary. When she lost they went insane.

It’s not about ideology, just like it was never really about policy, as I explained in December 2018. No, it’s about ego, about the imagined entitlement of the Harvard-educated Kristol and his influential friends to act as the de facto Membership Committee of Conservatism, Inc.

Click thru for more on what they are doing, and why they need to be kept from power in the future.