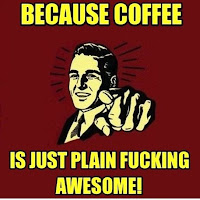 The Other McCain: The Vindication of President Trump
Bustednuckles: I Have Achieved Enlightenment

American Elephants: There is no climate crisis
Diogenes Middle Finger News: Despair Closet at Amazon
A View From The Beach: Manuela Arcuri

Minneapolis’ plight: A law-enforcement shortage in the center of “abolish the police” The same city that vowed to get rid of its police force in the aftermath of the George Floyd homicide now has begun begging other jurisdictions to send law enforcement officers to help out.

ITEM 1: Texas dropped the requirement for a permit to carry a concealed weapon.
Stephen Gutowski, founder of the Reload told Fox News, "I think that this just continues the momentum for permitless carry across the country.

A View from the Beach - Annals of the Biden Crime Family - Bitch Set Him Up!

Latest Economic Data Show Red States Crushing Blue States — and Here’s Why
The good news is our economic recovery from the pandemic is finally underway. The bad news is that it’s going a lot slower in blue states than red states

1. Prager U video interview of a former 25 year news anchor who left the business because it has become enemy propaganda, and no longer information. (My interpretation of her words) Eight minutes long

Cynthia Nixon: Why are we locking up shoplifters?
Reparations will never be enough
Founder Of Black Lives Matter Chapter Quits After Learning the "Ugly Truth"

I leave you with It's Funday Morning from Woodsterman, Sunday gifdump from Knuckledraggin My Life Away, The Week in Pictures: Media Leak Edition from Power Line, Sunday Funnies from Flopping Aces, and Sunday Funnies, 05-30-21 from Stately McDaniel Manor.