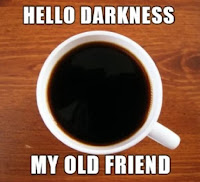 Wombat-socho at The Other McCain starts things off with In The Mailbox: 06.21.21

Shot In The Dark: Approval, also, Solstice of The Habsburgs
The Political Hat: Venezuela – Settling For Decline As Tyranny Spreads

The National Security Agency (NSA) has agreed to release records on the FBI’s improper spying on thousands of Americans, the secretive agency disclosed in a recent letter.

NY Post: Democrat Sheldon Whitehouse under fire for membership in "White Only" Club
That is how Democrats roll. Systemic racism indeed!

Georgia Secretary of State Raffensperger received a report showing egregious election issues yet he concealed the report and claimed the state had “safe, secure, and honest elections.”

At Town Hall, Kurt Schlicter warns That Loudmouth Troublemaker Is An FBI Snitch. If the FBI didn't have men in the Capital on Jan. 6, they're incompetent.

For the first time in 110 years, a non MP was rebuked by Parliament for failure I think to disclose documents on the arrest of two likely Chinese spies at the Winnipeg level 4 bio lab.

Political/SocioEconomic
Is Joe Biden Looking to Gut the U.S. Navy?

Daniel Greenfield: "Neighborhoods secede from cities, cities from counties, and counties from states."
The Small Secessions of the New Civil War

The Degeneration of Public Administration: Theodore Dalrymple
Herschel Walker Sure Sounds Like He Is Set To Run In Georgia: Outkick
Gov. Ron DeSantis Becoming Major Voice For GOP: OAN

I leave you with Sunday Funnies, 06-20-21 from Stately McDaniel Manor, Sunday gifdump from Knuckledraggin My Life Away, Sunday Funnies from Flopping Aces, and Signs of the times from bluebird of bitterness.