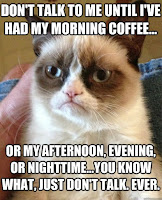 A slo-mo anti-mask rebellion - Bookworm Room
Boebert On The Despicable Left... - 90 Miles From Tyranny
Headlines From the News of 2022 - Diogenes Middle Finger News

In a stunning reversal to the official narrative in which the good guys lost and those evil “Russian” hackers ended up with nothing, Bloomberg reports that Colonial paid the DarkSide hackers approximately $5 million in cryptocurrency

Behind The Black: Today’s Blacklisted Americans, also, The Insane Engineering Of The X-15
Cafe Hayek: Everyone’s A Social Engineer

A View from the Beach - Election 2020: That Muddle in Maricopa

3. No idea what the lockdown rules are in Scotland, but it sure looks like muslims and leftists are exempt like they are everywhere else. In this case, people protest deportation of Muslim criminals.

Former News Outlet the Intercept Smears Actual Journalists for Covering BLM-Antifa Violence
Entitled “Meet the Riot Squad: Right-Wing Reporters Whose Viral Videos Are Used to Smear BLM,” the video is a smear job itself, an effort to frame BLM rioters and Antifa militants as the good guys

If black lives matter, due process must matter
The Strange Death of the British Labour Party
Palestinian Miscalculations Have Led to a New War

I leave you with Thursday gifdump from Knuckledraggin My Life Away, Cartoon Round Up.... from Theo Spark,