How do you say "Irony" in French? 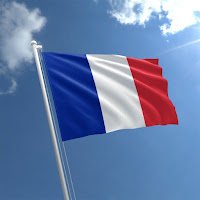 Sometimes I believe that there is justice in the universe. Pro-immigration French tycoon and his wife assaulted by four migrant home-jackers

The couple were tied up with electrical cords, physically assaulted and robbed. Bernard Tapie, 78, who was briefly a government minister, has always been a vocal advocate for immigration. And Tapie tried to reason with his torturers to make them aware of this fact. But when Tapie told the attackers that he had always stood up for migrants, one of the torturers replied: “Fuck you, that time is over!”

Hat tip to 90 Miles from Tyranny.