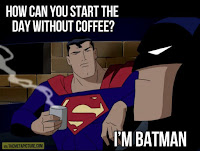 Massad Ayoob starts us off with PERSPECTIVE… Firearms versus fire extinguishers, and public emergencies.

The Gateway Pundit - Pima County Officials Spy on Medical Doctor After He Speaks Out Against Local Mask Mandate You shall not question The Party. In Tuscon, that is either the Democrats or the Communists. It can be hard to tell the difference.

Adaptive Curmudgeon - Curmudgeon’s Cultural Corner: Followup In which AC brings us some music. Check out the Tesla-coil version of "Seven Nation Army."

Le-gal In-sur-rec-tion - VIDEO: Rescuing History and Education From The 1619 Project

The Other McCain - The Late, Great G. Gordon Liddy

Juvat at Chant du Départ - In which I declare Victory! An after action report on "Operation Everyone move one house clockwise." No doubt complicated by the COVID insanity.

Non-Original Rants - I do not think that word means what they think it means.... On the "investigation" into the origin of the Kung Flu.

SiGraybeard - The Flight of the Smellicopter

Vodka Pundit - Insanity Wrap #175: Every Single One of Your Rights Is Under Assault, It Must Be Monday

BZ’s Berserk Bobcat Saloon Radio Show, made #18 in the top 75 late night podcasts to watch for 2021!

Again from The Other McCain - The Murder of Mohammad Anwar

Irons In The Fire - And the asshats screaming we need more gun laws won't enforce the ones already in effect Not against Hunter Biden they won't.

Vox Popoli - Congress shall make no law Judges, on the other hand, can do whatever the hell they please.

Jihad Watch - Biden Admin: Yeah We Know the Terrorists We Want to Fund, Fund the Murder of Jews

Pushing Rubber Downhill - Boomers move to France – have no plan

The truly heartbreaking story of middle-class Australian boomers with not too many brains and even less money, who moved to France to retire while assuming that everything would run according to their wishes.