Apple and Google Are Spying on Everyone 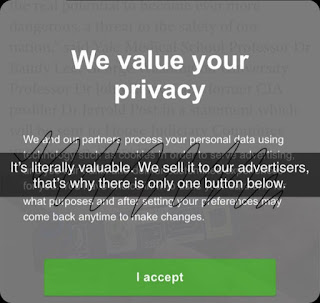 And even though we knew that, it is MUCH worse than anyone guessed. Because they can, and because they never thought anyone would know. Apple, Google Both Track Mobile Telemetry Data, Despite Users Opting Out | Threatpost

This is from a little more than a week ago, because I am behind the times on security news...

None of the data that these two behemoths are collecting is good, but this bit about what is collected by Apple is a bit concerning.

iOS sends the MAC addresses of nearby devices, e.g. other handsets and the home gateway, to Apple, together with their GPS location. Currently there are few, if any, realistic options for preventing this data sharing.”

Apple has been asked for a comment, a couple of times, but is replying with silence. What can they say? The company that "sells privacy" is spying on your every move.

The fact that they are both tracking you constantly is a bit disturbing. On average your phone connects with Apple or Google about once every 4 and a half minutes.