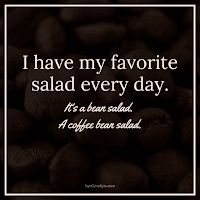 Bustednuckles: Gone Forever
Woodsterman: Libturds Amongst Us
Victory Girls: Boulder Shooter is Not Whom the Media Wanted

Jack Phillips Said 'No', Again
This is a really excellent piece, and hits so close to the bone, it's almost too good. - American Power

Portland’s Antifa Insurrection Continues: US Courthouse Under Siege, Media Nearly Silent
Some Insurrections are more equal than others.

Lesbian Wives Are Now Politically Incorrect
If normal wives are no longer PC, why wouldn’t lesbian wives be as well?

Biden Appointee Once Questioned Whether the First Amendment Was “Obsolete, “ Has Questionable Free Speech Views
One of the appointees in Biden’s administration, Timothy Wu, a Columbia law professor...

2. A little perspective on Covid
3. Last night’s Tucker Carlson. Its quite good. All of it.

"Biden's claim that the assault weapons ban, signed by President Clinton in 1994 (and lapsed in 2004) had any impact on mass shootings is false."
Like Clockwork, Biden Is Coming for Your Guns After Boulder Shooting

Betsy DeVos’s campus sex-assault rules need a tweak, not an overhaul
The Democrat Party Has Declared War on America
Teaching kids to be neoracists

I leave you with Wednesday gifdump from Knuckledraggin My Life Away, Cartoon Round Up.... from Theo Spark, Monday Made Me Laugh from By Other Means, and Wednesday Memes .. from Freedom Is Just Another Word…