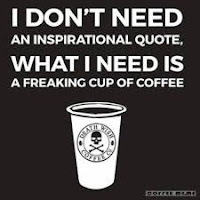 We have a dramatically curtailed Friday Links this week. I had considered holding off a day or two in the hopes of getting more links together, but the next few days don't look to be that much different than the past few days. So, here we are. I hope your week is going well.

MaddMedic at Freedom Is Just Another Word... is up first with Safe At Home?

Althouse - "Is there a bigger joke in broadcast news than Chris Cuomo? Now, he says, he cannot cover his brother, Gov. Andrew Cuomo, because it’s a conflict of interest...."

Apparently no such conflict arose when Chris constantly hosted his brother during the height of the pandemic, tastelessly turning his nightly news show into 'The Cuomo Brothers Variety Hour.'

Governor Cuomo is probably responsible for the deaths of thousands of elderly patients.

Chicks on the Right - Boston Schools Say Advanced Classes Have Too Many White And Asian Kids, Will Suspend The Program. Was this predicted in Fahrenheit 451 or in Atlas Shrugged?

I drove to Meridian this evening as the sun was setting to officiate at a funeral.

American Thinker - How Politics is Making Power Failures the Norm

Peace or Freedom - The F-35 needs to be scrapped. The latest "technological marvel" from the Air Force has a slew of not so marvelous problems.