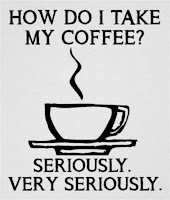 The Other McCain - Rush Limbaugh, R.I.P.

Juvat at Chant du Départ - Ice-Mageddon amongst other things An update on life in a winter-storm impacted Texas, with rolling power outages.

Freedom Is Just Another Word... - Environmentalists have made us dependent on other nations for all the most important natural resources

Flopping Aces - We will follow the science, Biden said But only if the unions agree.

Again from the Other McCain - Why Wasn’t He Already Behind Bars? Catch and release at work

OldAFSarge at Chant du Départ - War Crimes¹ The AF stands for Air Force, not As F-.

The Bookworm Room - Is a conservative counter-revolution possible?

Lew Rockwell - Lockdowns Are a Self-Fulfilling Prophecy France and Sweden have similar COVID death rates, but very different lockdown rules. Spain and the UK have higher death-rates and draconian rules.

Laughing Wolf - If You Needed

Any further proof that the Rule of Law, and the attendant Innocent Until Proven Guilty, are dead, check this out.

One more time from The Other McCain - The Lincoln Project Implodes

Everything is now collapsing in #NeverTrump land, where the real scandal was how the founders used the reported $90 million they collected as their own personal piggy bank.

Power Line - Biden flack who threatened to “destroy” reporter gets one-week suspension Because the Dems don't have to live by the rules they impose on everyone else.

And again from The Other McCain - Impeachment 2.0 Farce Is Over