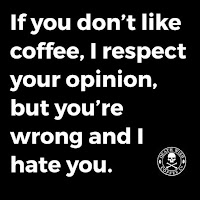 I was going to have a "Happy New Year" image, but truthfully I don't have much hope that 2021 will be much different that 2020.

Roberta X starts things off with Familiar Name, a review of The Mandalorian.

View From The Porch - Time Capsule Tam takes a look at American Derringer.

Bayou Renaissance Man - "The simple maths error that can lead to bankruptcy" The Gambler's Fallacy.

SiGraybeard - We Had a Covid-19 Vaccine Just Under A Year Ago. The tyranny of the experts.

David Thompson - The Year Reheated. The insanity of the Left on display. It is worth a few laughs.

By the way, the SOA also did not allow me to publish “why pie charts suck”. Man, they’re such fuddy-duddies.

Clayton Cramer - Too Weird to Believe

College Fix reports on a threat to sue University of Rhode Island if they do not discriminate based on race.

Power Line - The hilarity of Hilaria

The Other McCain - ‘Something for Everyone to Hate’

Military history is almost completely absent from the 21st-century curriculum, which is big on “social justice” themes and short of any genuinely useful knowledge. What students are expected to learn in school now is not facts, but rather a politically-correct attitude.

My Daily Kona - United States Army replacing the M4 Rifles and the 5.56 with the Next Generation Rifle System.

Juvat at Chant du Départ - Aftermath. Juvat has an after-action report on the holiday.

Ace of Spades HQ - Hilaria-ss: Alec Baldwin's Very White Wife Has Been Passing Her Off as Hispanic For Years, Including a Fake Spanish Accent.

If you told me a year ago that I would spend this year ranting about people who cannot appropriately count dead people, I would think you were nuts. Well, now I know.

Mike Rowe - Don’t Jump. Also from last week, but worth it.