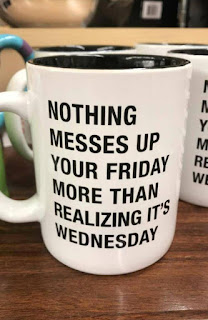 MaddMedic at Freedom Is Just Another Word... - Quick Bits …

CDC Issues New Guidelines, Launches Probe After 1000s Negatively-Affected Following COVID-19 Vaccination
A vaccine that has not been fully tested..Released on the public..

Powerline: The Week In Pictures
Mark Steyn : Such A Cold Finger

From the never-Trumper Jerry Lambe at Law and Crime, Mike Pence Cannot Block the Certification of Joe Biden’s Victory When the Senate Formally Counts Electoral College Votes on Jan. 6th.

Fauci Admits He “Nudged” Vaccination Numbers Based on Polling Data
Dr. Anthony Fauci is under fire for remarks he made in an interview with the New York Times last week in which he admitted he was less than honest with the American People

Robert Spencer: "His latest autobiography goes out of its way to demonize the Jewish state."
Barack Obama Hates Israel and Wants You to Hate It, Too

Doug Ross - Larwyn’s Linx: Roughly Half of U.S. Voters Think the 2020 Election was Stolen in Some Way

I leave you with F*cking Mondays gifdump from Knuckledraggin My Life Away, Monday Memes … From Freedom Is Just Another Word... Sunday Funnies from Flopping Aces, and Sunday Funnies 12-27-20 from Stately McDaniel Manor.