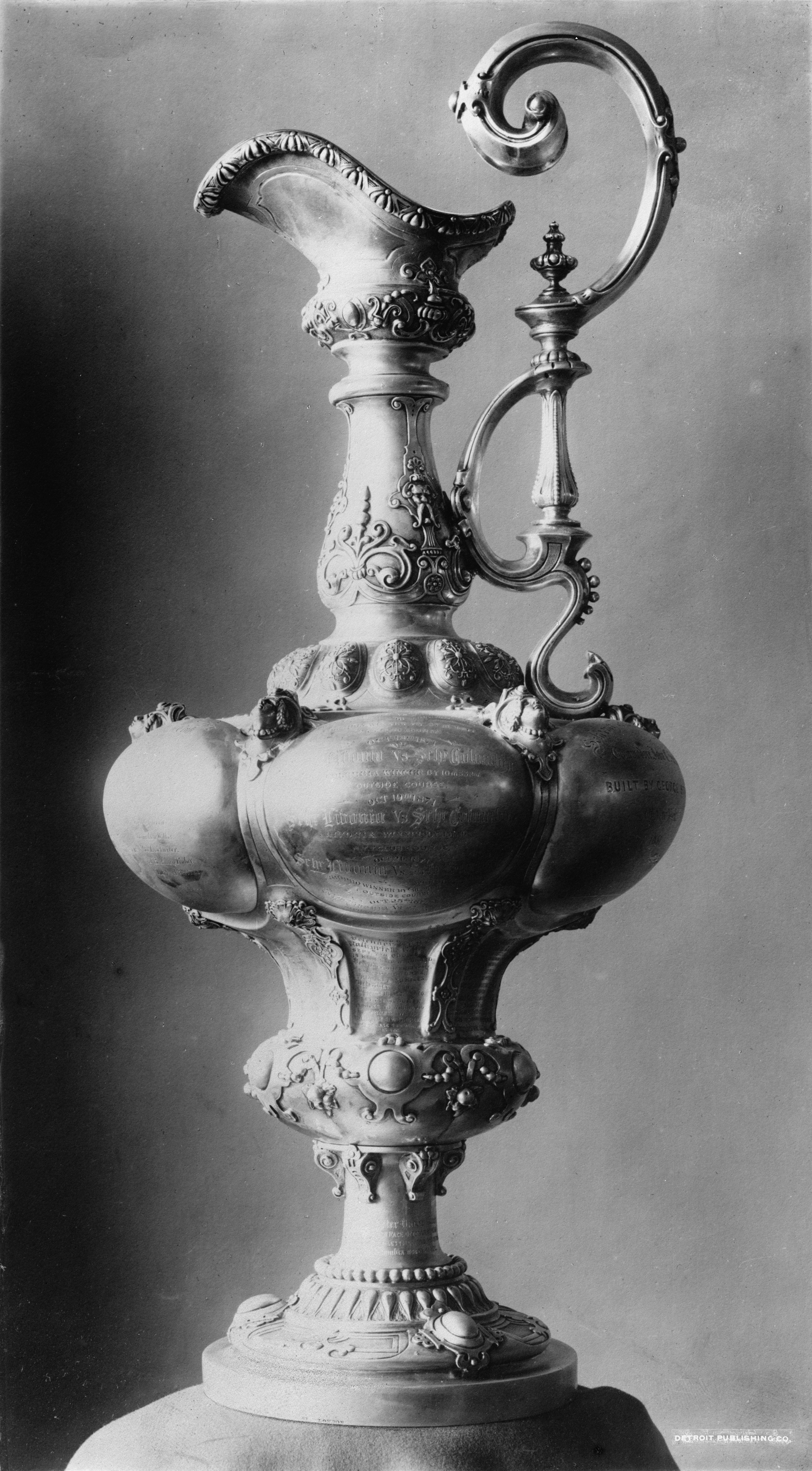 Teams are gearing up for the 36th America's Cup Race, which will be held in New Zealand in March of 2021. As a result, there is some interesting video becoming available.

The foiling monohulls which fly on leeboard-like foils are high-tech racing machines, that are more mind-blowing than the foiling catamarans.

Hydrofoils work just like the wing on an aircraft, but because water does not compress, they can be much smaller and still generate the needed lift. They need to be able to sustain tremendous forces. These are large boats weighing thousands of pounds, with a crew of 11, traveling at high speeds. The Wiki says that simulations have yielded speeds of 50 knots, though I would believe 40 or 45 knots in the real world. I haven't seen any actual speeds posted, though we may see some after the Christmas races.

This is a video of Ineos/Team UK getting familiar with their new boat, Britannia II. It is one minute long.

And this is a video of the New York Yacht Club's team, American Magic, getting some time with their new boat, Patriot. I like this video because it gives you a better idea of how fast the boats move, and what happens when something goes wrong. This video is only about half a minute.

The boats have a length of 75ft overall, with a hull length of 68ft (20.7m). The extra length goes to the bowsprit (2m). The beam is 16ft (5m). The mast is specified at 87ft (26.5m) above the deck, and the rig is a standard Bermuda Sloop with soft sails. These specifications, together with some other rules, were meant to reduce the cost of competition.

The original foiling design adopted by America's Cup was the AC-72 catamaran. They were incredible machines, but they were prohibitively expensive to build, and difficult to sail. One sailor, Andrew "Bart" Simpson, lost his life in an accident. The two minute video at this link is still one of my favorites. After the AC-72, the competition adopted the AC-50, which was also a catamaran. They hoped it would be cheaper to build and attract more competitors. This video, which I don't like quite as much as the previous one, does have some good info about how those boats work.

The original HMY Britannia was the royal yacht of Albert Edward, Prince of Wales. Built in 1893 she was raced by the prince and then used just for cruising after he was crowned Edward VII, and the yacht was also used by his son George V.

The image at the top right is the Alud Mug, or The America's Cup Ewer, so called because it was originally won by a boat christened America, at the original 1851 competition held by the Royal Yacht Squadron. The New York Yacht Club renamed the cup as America's Cup when it and the boat were donated under a deed of gift establishing the ongoing international competition.